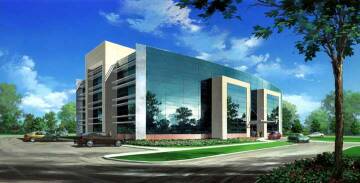 The Company: Hi-Tec Designs was born out of necessity. Everyone has had a great idea at one time or another in their life, but most are forgotten, never given a chance to materialize. After many frustrating years of writing those ideas down but having no outlet to see them realized, a change was inevitable. Products began to appear, but their form was rough... no cohesive force was behind them other than an intense interest to design and build. That changed as Hi-Tec Designs was brought into the world.

The initial market push for Hi-Tec Designs will be concentrating on LED-based vehicular lighting components and systems. As these projects become mature products, the focus will widen to include performance products, as well as continuing to add to the already successful line of lighting products. Included in a long list of potential projects on the drawing board are sensor packs, guage pods, and even entire replacement ECUs. Hi-Tec Designs isn't content with building competing products, we want to build products that have no equal.

The Owner: Dan grew up playing with computers and electronics, and from the age of eight he immersed himself in programming languages and soldering irons. As he worked his way through a B.S.E.E. from the University of Florida, his fascination with embedded processors (and assembly language, in particular) grew. As the semesters passed, he took a heavy interest in Digital Signal Processing (DSP) and how it pertained to audio. Left with no real sense of direction after graduation, he headed off to graduate school with a false sense of bravado. Several years later he had an M.S.E.E. from Purdue University and a thesis on wavelets, embedded processors, and image watermarking.

Even before his thesis work had begun, he knew it was time to get away from the part-time jobs and get some real work done. So, he took a DSP engineering position with a communications start-up called Delphi Communication Systems creating cellular system-based firmware, only to be let go a year later (word came in the following months the company had completely closed up shop). He quickly transitioned to a position with Aware writing embedded JPEG2000 codecs in assembly for various standard and SIMD parallel processors. The tech industry slump of the late 90's and early 00's wasn't quite finished with him yet, so the following year he again found himself searching for gainful employment.

. After spending a considerable amount of time looking for a job with no real prospects to speak of, he did what any self-respecting, out of work engineer does... he designed. Hi-Tec Designs has become an embodiment of his engineering skills and talents.

The Mission: Our mission is quite simple... make the best products on the market, bar none. Innovation may not happen overnight, but there's nothing to say we can't speed it up. When it comes to high quality products, Hi-Tec Designs should be the only company on your mind.

Which brings us to the company philosophy...

The Philosophy: It would be difficult to find a company that doesn't claim its philosophy is to make the best product or always ensure the customer's happiness. Therefore, the trick becomes not merely stating such a philosophy, but actually following it. Hi-Tec Designs has a history of closely following such a philosophy and the ever-growing customer base to prove it.

If a customer isn't happy, we don't ignore their complaints, naively believing another will come along shortly to replace them. We will always do our best to not only resolve the issue, but take steps to ensure it doesn't happen again. In a perfect world, customers would never have to deal with a broken product. We live in an imperfect world, but we'll do our best to make sure our customers don't notice it.

No matter how hard we try, we just can't think of everything. That's why we welcome customer feedback. We would prefer if a customer is too busy testing out a product's features to say "That's nice, but it should do more!". No one can work in a vacuum, so we are always on the lookout for new product ideas, or even suggestions on how to make our current products better. Help us make you a better product!